No time to rest. Preparations for the summer started right away on the new year. I was very pleased to have Jerry Williams as one of the guest singers. The tour was called The Stadium Tour because it included great arenas like the Ullevi and Råsunda football stadiums. The tour manager suggested we would play the Stockholm Olympic Stadium, but that is the home arena for the Djurgården football club. ”OVER MY DEAD BODY!”, I said. I am a huge AIK fan. It was to be Råsunda or nothing.

The Ullevi concert took the life out of me. I had major heart palpitations afterwards, and had to take sedatives. This was a warning that resulted in me always working out properly for any tours to come.

We made no record this year, but a DVD from Ullevi was released.

China, Los Angeles, Tokyo and London were some of the foreign locations we visited this year.

Joe Labero and I collaborated for the first time. Opening in Royal Albert Hall and ending in the Globe Arena in Stockholmone month later, this became a magical tour in many ways. Great people and great shows.

It was very exciting to be included in illusions, where I, among other things, floated around in thin air with a grand piano. How that worked? It was magic, I tell you.

For this tour, we created the femaletrio The Vocalettes, who also performed their own solo numbers. 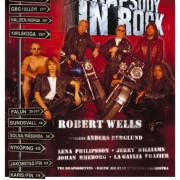 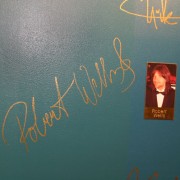 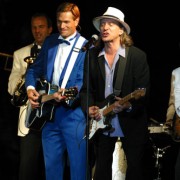 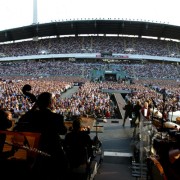 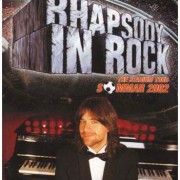 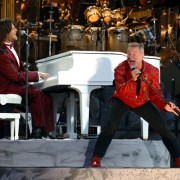 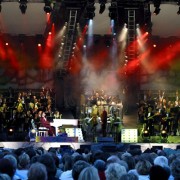 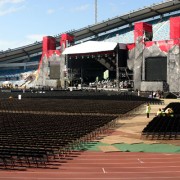 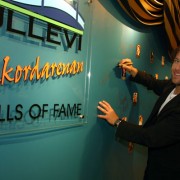 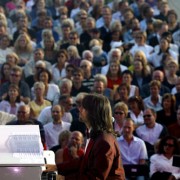 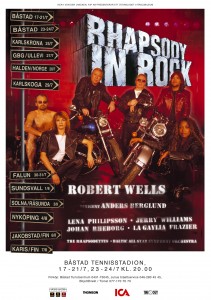